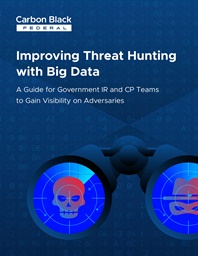 This resource is published by Carbon Black

A recent survey of IR professionals1 indicated that while financial and retail sectors are the most targeted by cyberattackers, 27% of IR professionals noted recent attacks specifically aimed at government entities. And the attacks they are facing are only getting worse. IR firms said that victims experienced destructive attacks 32% of the time. And 51% of IR firms encountered instances of attempted counter incident response.

A growing number of attacks are now taking advantage of vulnerabilities in Internet of Things (IoT) devices. 38% of IR professionals saw attacks on IoT devices used in the workplace, which can be a point of entry to agencies’ primary networks, allowing island hopping. 50% of today’s attacks leverage “island hopping,” whereby attackers target organizations with the intention of accessing an affiliate’s network. This means that not only is your agency’s data at risk, but so is the data at every point throughout the connected  intelligence community.

By requesting this resource you agree to our terms of use. All data is protected by our Privacy Notice. If you have any further questions please email dataprotection@headleymedia.com.

By submitting this form, you are confirming you are an adult of 18 years or older and you agree to Carbon Black contacting you with marketing-related emails or by telephone. You may unsubscribe at any time. Carbon Black web sites and communications are subject to their Privacy Notice.Please agree to the conditions

In order to provide you with this free service, we may share your business information with companies whose content you choose to view on this website.